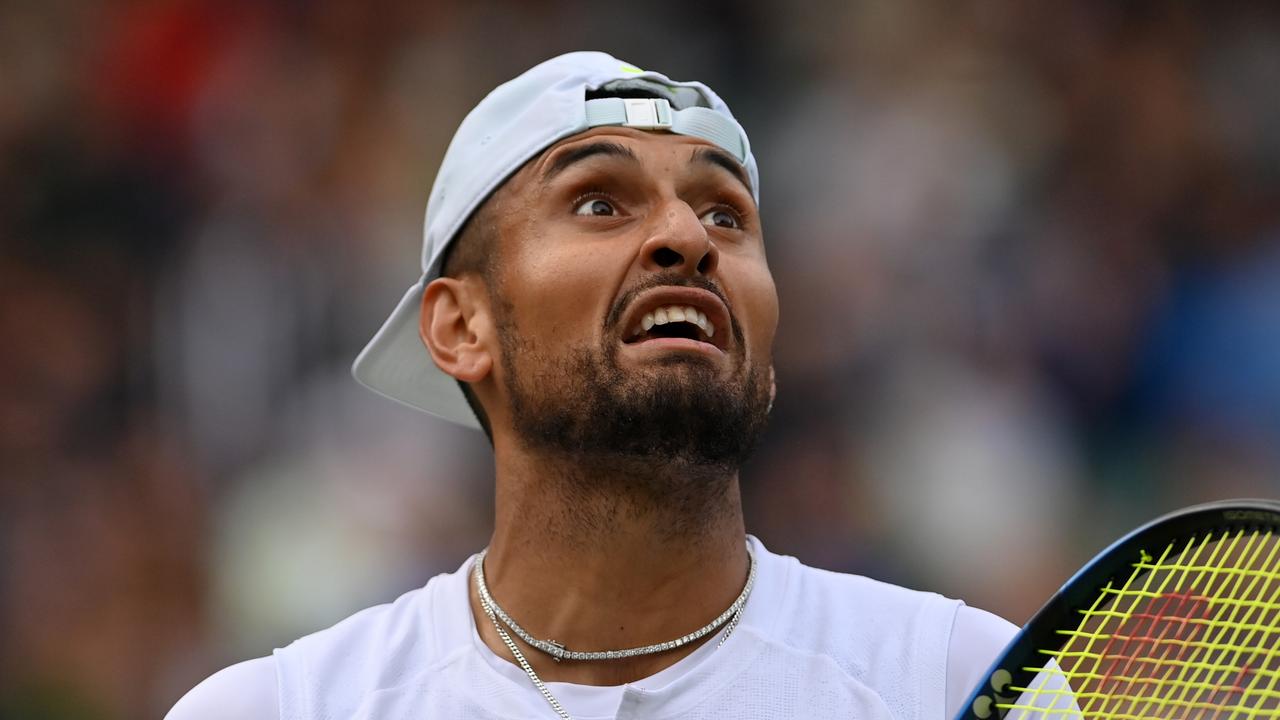 Nick Kyrgios said he did nothing wrong but was still punished as Wimbledon bosses took action against him and Stefanos Tsitsipas.

Stefanos Tsitsipas and Nick Kyrgios were both fined for offences committed during their spiteful Wimbledon clash.

Greek star Tsitsipas, who angrily hit a ball into the Court One crowd, was slapped with an $AUD$14,600 sanction while the Australian was fined nearly $6000 $for an audible obscenity.

Kyrgios was also fined more than $14,000 for unsportsmanlike conduct during his first-round match at the All England Club.

The Aussie star demanded Tsitsipas be defaulted for hitting a ball into the crowd while the world No. 5 repeatedly tried to hit Kyrgios in the body from close range as he complained to the umpire about his behaviour.

Tsitsipas called his rival a “bully” with an “evil side” to him while Kyrgios rejected the accusations and said the Greek star was “soft”.

The Canberran said in his press conference he would have been defaulted immediately for hitting a ball into the crowd and was looking forward to seeing how Wimbledon organisers punished Tsitsipas.

“I always get fined, so I’m very keen to see what he will get after today,” Kyrgios said.

Meanwhile, Tsitsipas ripped into Kyrgios when he fronted the media after their grudge match.

“You get tired of it. The constant talking. The constant complaining. We’re there to play tennis, not to have dialogues,” Tsitsipas told reporters.

“It’s constant bullying, that’s what he does. He bullies the opponents. He was probably a bully at school himself. I don’t like bullies. I don’t like people that put other people down.

“He has some good traits in his character, as well. But … he also has a very evil side to him, which if it’s exposed, it can really do a lot of harm and bad to the people around him.”

Asked about intentionally trying to hit Kyrgios on certain points, Tsitsipas added: “This needs to stop. It’s not OK. Someone needs to sit down with him and talk. I cannot just sit there and act like a robot.