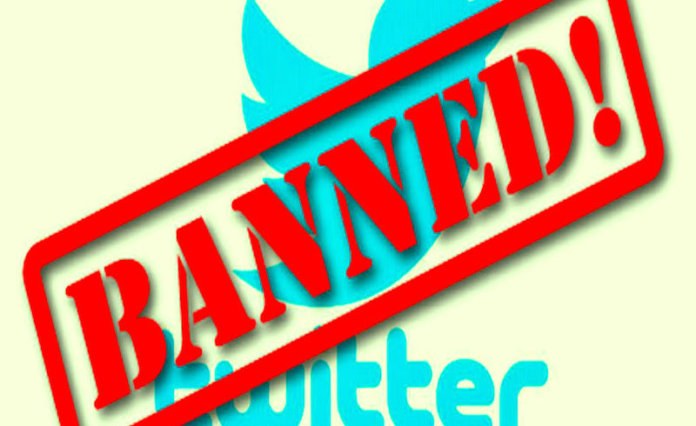 The Nigerian government’s ban of Twitter led many users to simply switch platforms or circumvent the ban with VPNs, an illustration of the difficulty of clamping down on online activities.

Nigerian authorities’ decision in June 2021 to ban Twitter from operating in the country “indefinitely” raised Nigerians’ hackles and caused no little consternation across the country and its vast diaspora, particularly its digital constituency. On the whole, Nigerians were skeptical of the authorities’ justification that the ban was necessitated by a need to curtail “the unceasing use of the platform by some unscrupulous elements for subversive purposes and criminal activities.” At the time, the U.S. government had joined other key Western countries to condemn the ban and “support the fundamental human right of free expression and access to information as a pillar of democracy in Nigeria.”

By comparison, last week’s announcement by Inuwa Kashifu Abdullahi, the director general of Nigeria’s National Information Technology Development Agency (NITDA), that the government had reversed the ban after seven months has gone virtually unnoticed. If the Buhari government expected Twitter users and small businesses hurt by the original ban to be falling over themselves in gratitude, all it got was something bordering on a collective shrug of the shoulders.

Considering the ban’s well-documented adverse impact on a cross-section of Nigerians–according to some estimates, the total loss to the country from the ban ran in excess of $250,000 every hour–the muted reaction appears, at first glance, surprising. Yet once those affected got over the initial disappointment, and as soon as it became clear that the government was determined to dig in its heels, those who had the means quickly acquired virtual private networks (VPNs), which enabled them to bypass the ban. Others changed their business model, making Facebook and WhatsApp hubs of their economic transactions, even as Minister of Information and Culture Lai Mohammed threatened to clamp down on those platforms as well. Generally, Nigerians took their impassioned debates and vibrant exchanges to other social platforms, including Facebook Messenger, Telegram, Snapchat, Reddit, Tik Tok, Google Hangouts, and Skype. Instructively, they gave Koo, the Indian social network where the Nigerian government had tried to redirect traffic after registering a “Government of Nigeria” account, a wide berth. The number of Nigerians who follow the government account on Koo currently stands at a measly 73,000.

In a nutshell, by the time the Nigerian authorities reversed their decision last week–announcing in the process an apparent deal with Twitter that, according to the government spokesperson, commits the social media company to “establishing a legal entity in Nigeria in the first quarter of 2022,” appointing a “designated country representative to interface with Nigerian authorities,” as well as complying with “applicable tax obligations on its operations under Nigerian law”–most Nigerians had either made alternative arrangements or resigned themselves to the possibility that the ban would be in place for the remainder of the Buhari administration, which runs until May of next year. Not only are they are used to waiting out the authorities when other strategies have failed; furthermore, Nigerians’ perception that the president has a stubborn streak appears to have solidified public pessimism about the prospects of the ban being reversed.

Hence, for many, the suspension of the ban was an anti-climax.

From the tone of the official announcement suspending the ban, it would seem that the Nigerian government is, on the whole, happy with the concessions it wrested from Twitter. If the true aim of the ban was to limit Twitter’s operations as a way of muffling political speech–as opposed to the declared aim of reining in criminal activities–then one may suppose that getting Twitter to agree to “act with a respectful acknowledgment of Nigerian laws and the national culture and history on which such legislation has been built” qualifies as victory.

Yet, leaving aside the practical implications of the deal with Twitter, doubts remain as to how much the ban has strengthened the Nigerian state’s hand against a more digitally nimble society. The #EndSARS protests against police brutality which convulsed the country in October 2020 stunned the government precisely because, on one hand, it hardly saw it coming, and, on the other, because it felt outclassed and humiliated by a movement of young people who operated according to a completely different rulebook, leaving the government scrambling. Teargassing and shooting at demonstrators is one thing. Sabotaging their digital apparatus is a different matter. This was the real reason behind the Twitter ban.

The Nigerian state, to its credit, has always been sensitive to the need to upgrade. For example, in 2016 the presidency appointed Special Assistant on Digital/New Media Tolu Ogunlesi to head a newly created media team. The old Federal Ministry of Communications, meanwhile, has been reborn as the Federal Ministry of Communications and Digital Economy. Though symbolic, such moves hardly begin to scratch the surface of the problem, which is that, especially when set against the digital resourcefulness and creativity of civil society, the state seems trapped in an analog reality. In this regard, its struggle to catch up is reminiscent of its failure, thus far, to overhaul challenge to its power from sundry nonstate actors.

With the Twitter ban and its aftermath, the Nigerian state has just have discovered the limits of its power.