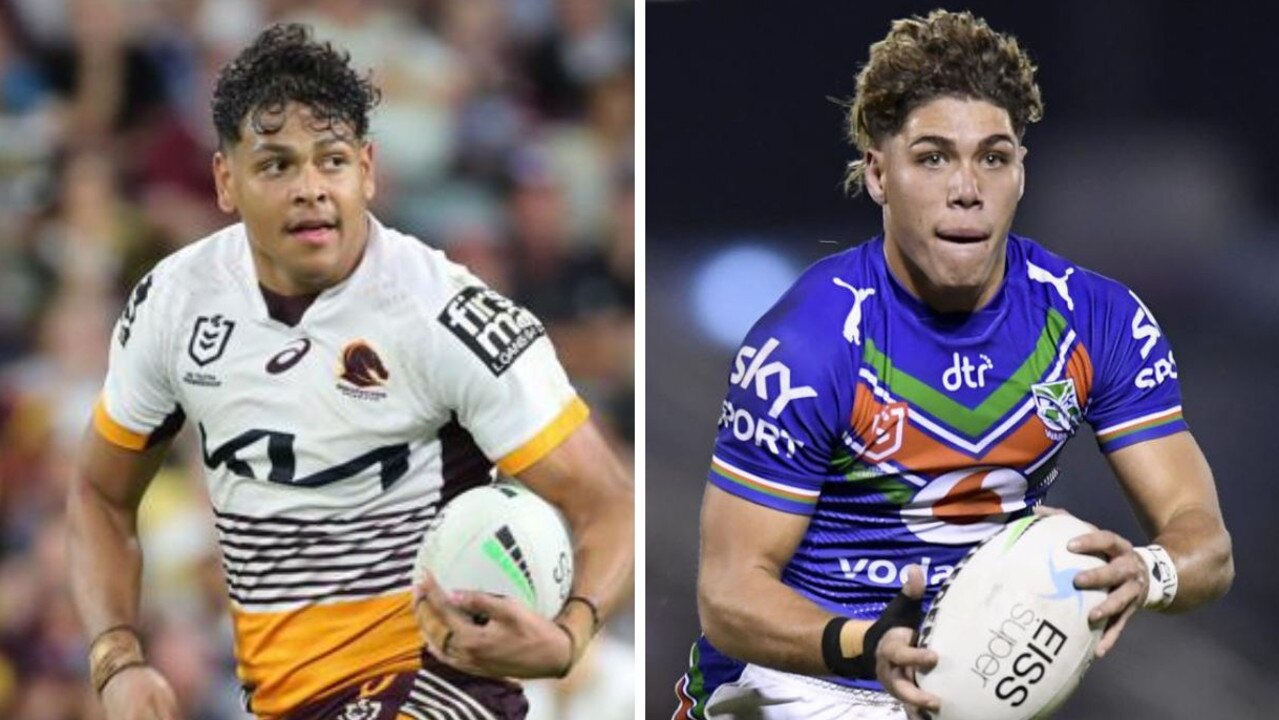 Brisbane Broncos legend Corey Parker has urged his old team to give Selwyn Cobbo first crack at the fullback position, even when Reece Walsh joins the club next season.

The Broncos surprised many earlier this year when it was announced Walsh would leave his contract with the Warriors early to return to the club where he had a development contract.

The deal will see Walsh join the Broncos from next season effectively in a swap for Te Maire Martin, who has returned from injury and rediscovered his best form this year.

But the Broncos will face a selection dilemma in 2023 over whether to play Walsh or rising star Selwyn Cobbo, who are both 20-year-olds, at fullback.

Cobbo, who has enjoyed a breakout season for the Broncos and Queensland on the wing, has long been touted as a future fullback.

But Walsh has started his career as a fullback, meaning the battle for the No. 1 jersey at Red Hill will be a fascinating one.

Parker believes Cobbo has serious potential at fullback and should be the Broncos’ long-term option in the position.

“Reece Walsh is obviously a fullback at the moment, he’s got electric footwork,” the Fox League commentator told news.com.au.

“But I also think that Selwyn Cobbo, whilst being a different style fullback, can be very, very dangerous. There’s the argument that he could go No. 6 (five-eighth).

“But in my opinion Ezra Mam has a hold on that six jersey for a long period of time. That probably leaves Selwyn stuck out on the wing.

“It’s not a bad headache to have, but I’ve got no doubt Selwyn will end up in that fullback role at some point in time moving forward. I think that’s by far his best position.”

Parker said Cobbo would be best suited in a position where he can get his hands on the ball often.

Asked if Cobbo could play a Greg Inglis-style role in the centres, he said: “I don’t think so, no.

“Just based on his want to look for the collision and work hard, he’s got all that attributes, not too dissimilar to Joseph Sua’ali’i.

“He’s got wonderful skill but also great work ethic to run the ball. And if he went to centre, it kind of takes away from that.

“He won’t get that play back run from the kick return and the like.

“In the same breath, they’ve got Kotoni Staggs and Herbie Farnworth, who are two very good centres anyway.”

With Cobbo and Walsh in the same team and strong players currently at five-eighth and in the centres, the Broncos may have created a dilemma for themselves.

Tonight they take on the Melbourne Storm at Suncorp Stadium, a venue where the Storm has won the last 11 games against Brisbane stretching back to 2009.

“There’s no doubt they’ve exceeded expectations from most this year,” Parker said of the Broncos’ season so far.

“They’re in seventh spot now. They’ve got the Storm, which will be a real litmus test moving forward. They’ll need to be a lot better if they want to go further in the competition this year.

“That’s if they do make it (the top eight) now. I say ‘if” because there’s still a slight possibility they won’t make it.

“I think they will, but they need to start with a much better performance against the Melbourne Storm.

“Melbourne has a style of football that has proved can beat Brisbane. It’s a real big game for Brisbane and they should be approaching it like a semi-final.”

Premiership is the ‘Panthers’ to lose’

Penrith wrapped up the minor premiership against the Rabbitohs and according to Parker, the Panthers are the red-hot favourites to go back-to-back.

“In my opinion it’s the Panthers’ to lose,” he said.

“I’ve said that for a long period of time. I haven’t seen a team that’s got as many gears or layers to their football as they do.

“Parramatta has shown they can get the job done on their day, they’ve done it twice this year. “Melbourne has dismantled Penrith too, but there were players missing both times. But I think it’s Penrith’s to lose if everyone’s playing well.”

Watch all the Round 23 NRL action live & ad-free on Fox League and Kayo, including these exclusive games: