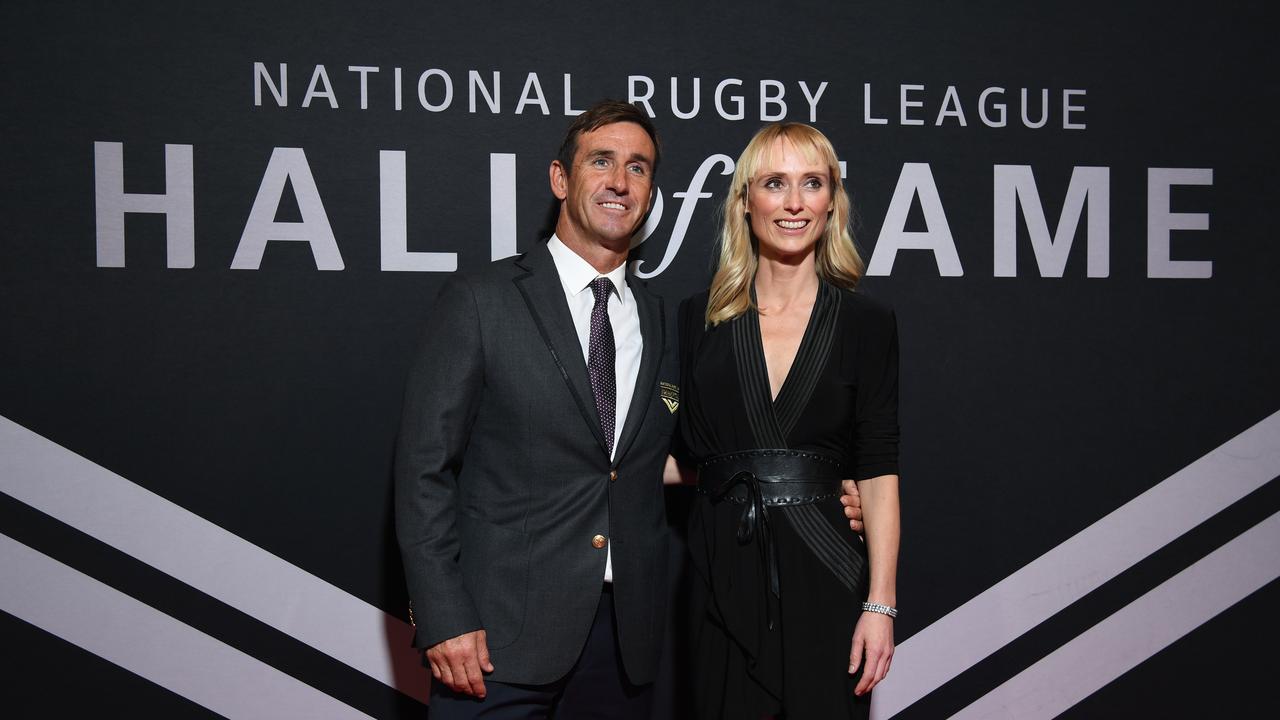 Only Matthew Johns could get away with it.

A segment on SEN Breakfast on Monday morning took a dramatic turn when Johns switched the conversation away from State of Origin and onto his brother.

Matthew Johns appeared to sledge his brother about his “third wife”.

Andrew Johns has been in a long-term relationship with partner Kate Kendall since 2016.

Johns’ ex-wife Cathrine Mahoney last month opened up on her on-and-off 12-year relationship with the Newcastle Knights legend in a new book.

Johns met Mahoney, his second wife, in 2002, with the couple tying the knot in 2007 and sharing one child together — 13-year-old son Louis.

They separated in 2011 before reconciling and then splitting again in 2014.

Johns and Renae Chapman also divorced in 2002 after two years of marriage.

Matthew Johns, who has a long history of taking light-hearted pot shots at his brother, couldn’t resist using his brother’s life to explain the way NSW has developed a State of Origin culture of dropping players and making dramatic changes seemingly before every game.

“I want people to know… be extremely concerned. Don’t marry anyone from NSW because we fall in love with new acquaintances very easily. What you do, is you just get rid of them. Just bring someone else in.

“I mean the best example is our best ever player Andrew Johns, I think he’s onto his third wife.”

He also cracked a joke about wife Trish while she was apparently in the same room as he spoke on the phone to the Sydney radio station.

When asked by co-host Jimmy Smith if Trish had any response, Johns joked: “Na, she’s busy putting the bins out. I’m not joking”.

Despite all the public gags, the Johns brothers have recently suggested they are up to coaching a rugby league team together.

The Johns brothers were inspired to register their interest in coaching Samoa at this year’s Rugby League World Cup after witnessing the success of Tonga in recent years.

The offer was declined by Samoa.