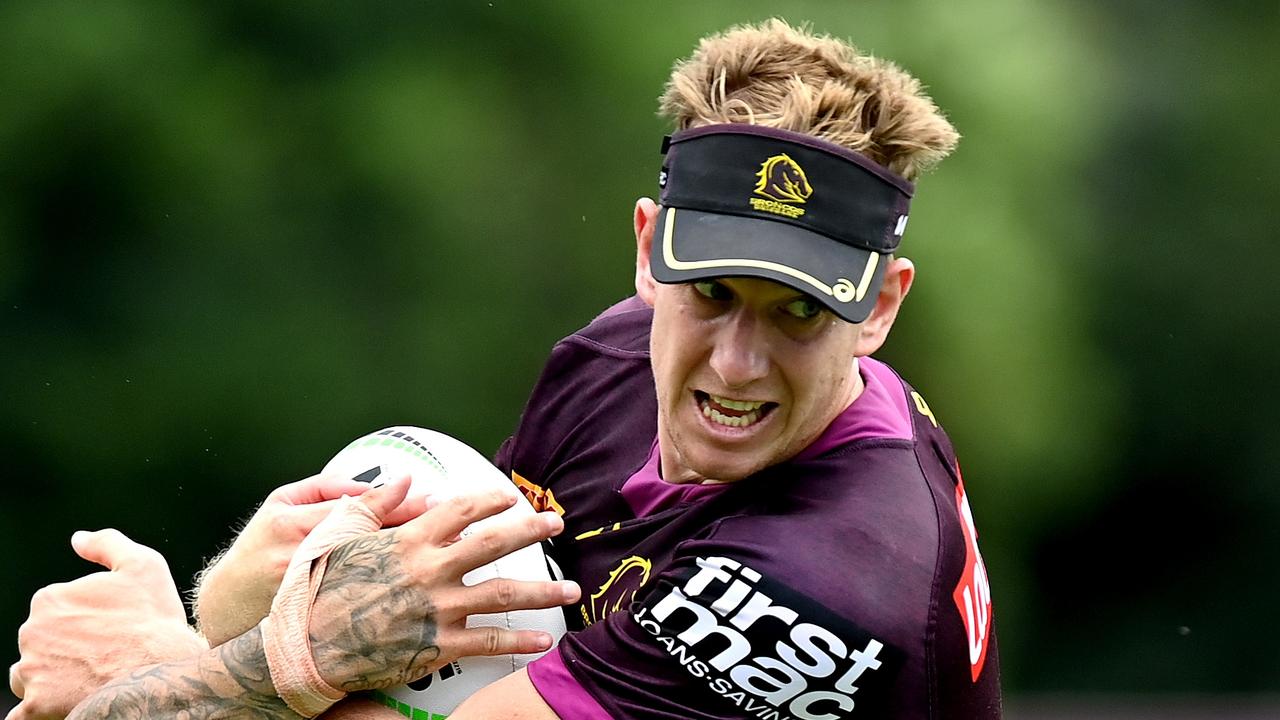 With 11 of their biggest names out through injury and Origin selection, the Broncos will hand one of their brightest young stars his NRL debut. See full Round 17 teams.

Brisbane rookie Zac Hosking will make his NRL debut as the injury-ravaged Broncos look to overcome the loss of 11 top-liners in Sunday’s crucial home clash against the Dragons.

Hosking, the son of former Manly first-grade prop David, is a former carpenter and Brisbane coach Kevin Walters believes he has the tools to handle a back-row baptism against the Red V at Suncorp Stadium.

The 25-year-old former Knights lower grader is the poster boy for the winds of change sweeping through Red Hill this week as the Broncos come to terms with one of the worst injury tolls in their history.

Stream every game of every round of the 2022 NRL Telstra Premiership Season Live & Ad-Break Free During Play on Kayo. New to Kayo? Try 14-days free now.

Meanwhile, key trio Pat Carrigan, Kurt Capewell and Selwyn Cobbo are unavailable due to Maroons commitments for Origin III, as is teammate Tom Flegler, who has been named Queensland’s 18th man for the Suncorp decider.

The decimation of Brisbane’s top squad has accelerated the blooding of Hosking. He is joined by promising teenage prop Xavier Willison, who makes his 2022 debut after three games last season, while fullback Tesi Niu (hamstring) and hooker Cory Paix (knee) are back from injury.

David ‘The Mule’ Hosking played 78 top-grade games for Souths and Manly from 1987-93 and now the Broncos will unveil the ‘Baby Mule’ in Zac, who will replace Capewell on Brisbane’s left edge.

“Zac has been killing it in Q Cup, so I am happy to see him get his debut,” said utility Kobe Hetherington, who replaces Carrigan at lock.

“He had a really good pre-season for us, the boys here like him, so I am looking forward to seeing him run out.

“It will be a good test for Zac but I have faith in him.

In the absence of Haas and Jensen, Brisbane’s engine room will be spearheaded by Keenan Palasia and Ryan James in a Dragons tussle that could decide the finals fortunes of both teams.

While the Broncos’ forward pack has been ripped apart, Brisbane’s scrumbase remains intact with captain Adam Reynolds to stabilise a youthful outfit that includes playmaking sensation Ezra Mam at five-eighth.

St George Illawarra, eighth on percentages, are just one win adrift of the Broncos and have a golden chance of a Suncorp ambush, but Hetherington remains confident Brisbane will hold their own.

“Having Reynolds there for us is great, you notice his leadership out there,” he said.

“It’s pretty tough when you have so many players coming in and out, but we just have to dig deep this week and hopefully come away with a win.”

Brett Kimmorley has wielded the axe, but has again spared Luke Brooks, as the interim Wests Tigers coach bloods another local junior to debut against Parramatta on Saturday.

NSW under 19’s player and Western Suburbs Magpies junior Justin Matamua will make his NRL debut from the bench.

Earlier this year the club moved to lock in the rising forward on a three-year deal.

The 19-year old is the captain of the club‘s SG Ball team and helped NSW to victory over Queensland in the under 19’s State of Origin match at Leichhardt Oval in June.

Matamau’s debut comes after Kimmorley handed Austin Dias and Fonua Pole, who has retained his place, a start last week against the Warriors.

Kimmorley has resisted pressure to drop five-eighth Brooks after the Tigers slumped to four-straight losses against the Warriors last weekend.

Captain James Tamou is back after he was a late omission against the Warriors with a calf complaint. Rookie prop Fonua Pole has retained a bench spot with Alex Seyfarth dropping out of the side.

For the Eels, Marata Niukore has been tasked with taking over at starting prop with Junior Paulo preparing to play for NSW in the Origin decider on Wednesday week.

Ryan Matterson is back from a rib injury at lock. While skipper Clint Gutherson will be released from Blues camp in Kingscliff to take the field at fullback.

Cronulla coach Craig Fitzgibbon has named versatile back Connor Tracey to step in at centre for wrecking ball Siosifa Talakai (Origin) in Thursday’s clash against Melbourne. Playmaker Braydon Trindall is the 18th man.

Melbourne Mr Fix It Nick Meaney moves to five-eighth for Cameron Munster, who along with hooker Harry Grant is on Maroons Origin duty. Brandon Smith will take over at dummy half with Josh King to start at lock.

Newcastle have received a much needed boost with hooker Jayden Brailey (achilles) and Bradman Best (elbow) back from injury to take on a resurgent South Sydney.

Best will fill the void left at centre by Dane Gagai, who along with Kalyn Ponga are in Queensland camp. Tex Hoy will again wear Ponga’s no.1 jumper.

Taane Milne has been charged with replacing hard working centre Campbell Graham, who is out for an extended period with a facial fracture. Prop Hame Sele (hamstring) is out with veteran Thomas Burgess to come into the starting side, opening a space for Davvy Moale on the bench.

Siliva Havili and reliable forward Mark Nicholls are in for the Rabbitohs’ NSW contingent of hooker Damien Cook and lock Cameron Murray, respectively.

Rabbitohs coach Jason Demetriou has wasted no time in adding the club’s latest recruit Daniel Suluka-Fifita, who joined on Monday from the Roosters after an early release, into his squad as 18th man. Suluka Fifita could be a late inclusion.

Rising halve Jayden Sullivan has been tasked with the halfback role for Ben Hunt, who will play for the Maroons in game three.

TEAM NEWS: Nicho Hynes is a huge inclusion for KFC SuperCoaches after missing the 17 for the Blues. But Siosifa Talakai is not available after being named on the NSW bench. He is replaced by versatile Connor Tracey.

TEAM NEWS: Big news for KFC SuperCoaches with top cheapie Grant Anderson retaining his spot. Dean Ieremia comes in on the wing and Nick Meaney moves to five-eighth with Jayden Nikorima dropping to 18th Man. Brandon Smith starts at hooker for Queensland’s Harry Grant and is a very popular buy this week.

TEAM NEWS: Campbell Graham (facial fracture) is replaced at centre by Taane Milne. Hame Sele (hamstring) is also out, while Liam Knight (knee) has been ruled out for the season.

TEAM NEWS: James Tamou makes his return from a calf injurym forcing Alex Seyfarth back to the reserves, with Fonua Pole keeping his bench spot. Adam Doueihi returns to the starting side at centre, with James Roberts out of the side.

TEAM NEWS: Junior Paulo is out through Blues duty, but Ryan Matterson (ribs) is back in a huge boost. Skipper Clint Gutherson will be released from the NSW squad to play for the Eels.

TEAM NEWS: The Broncos have Kurt Capewell, Selwyn Cobbo, Pat Carrigan and Thomas Flegler out on Origin duty, while Payne Haas, Te Maire Martin and Corey Jensen are sidelined with injury. Zac Hosking makes his NRL debut in the backrow, while Tesi Niu replaces Martin at fullback, Jordan Pereira is on the wing, Keenan Palasia and Ryan James start in the frontrow.

TEAM NEWS: The Dragons have just one change, with skipper Ben Hunt in Maroons Origin camp and Jayden Sullivan starting at halfback.

Originally published as NRL Round 17 team lists: How every club will line up for bye week