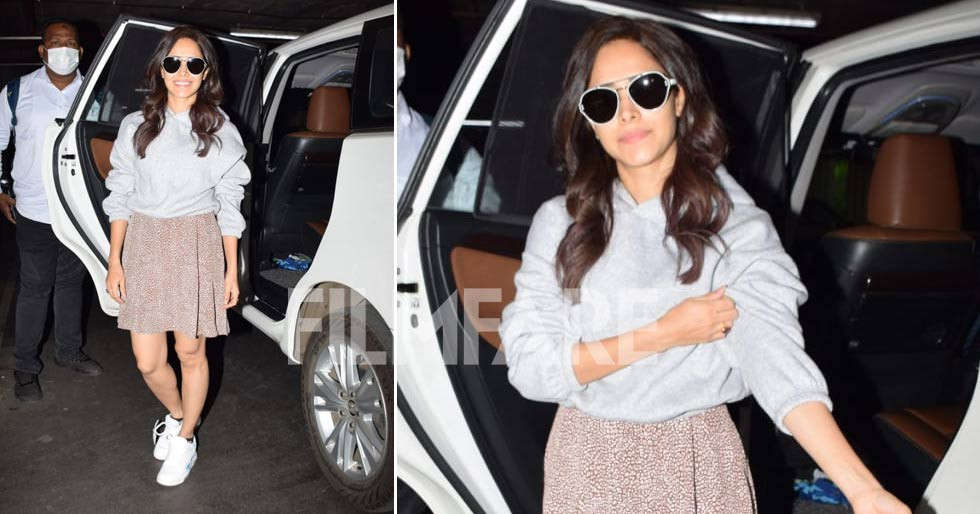 Nushrratt Bharuccha had her first commercial hit in Bollywood in 2011 with Pyaar Ka Punchnama, in which she starred with Kartik Aaryan. She is currently one of Bollywood’s most known actors, thanks to her outstanding performances. In addition, this gifted actress is well-known for her immaculate sense of style. She is stunning, and she understands how to handle herself elegantly. She was spotted at the airport on Thursday, and trust us when we say that if you’re searching for some excellent airport fashion inspiration, you’ve come to the perfect place!

Nushrratt Bharuccha nailed it with her effortless style in the photos. She was seen in a comfortable grey hoodie and a flowy printed skirt. She tied the look up in a pair of chic sunglasses and the quintessential white sneakers.

Nushrratt Bharuccha’s most recent film role was in Vishal Furia’s horror feature Chhorii, which was released on Amazon Prime in November 2021. Janhit Mein Jaari will be her next release. This social comedy also stars Anud Singh, Tinnu Anand, Vijay Raaz, and Paritosh Tripathi. In addition, the actress has a number of interesting projects in the works, including Hurdang, Ram Setu, and others.