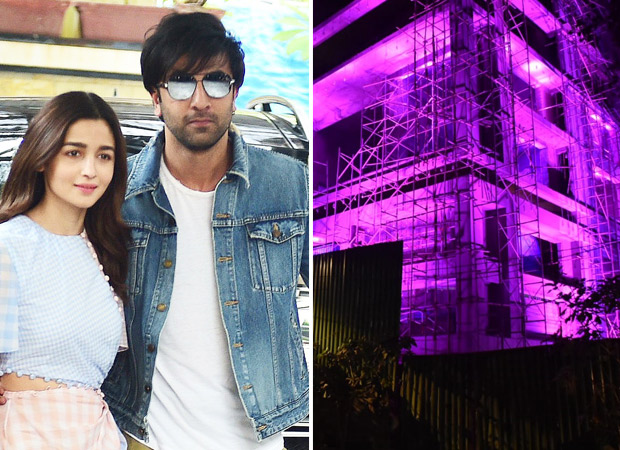 Alia Bhatt and Ranbir Kapoor are all set to tie the knot in an intimate ceremony on April 14. After nearly two years of speculations around their impending wedding, the couple will become husband and wife in a couple of days. While the two actors have not officially announced that they are getting married, close relatives of Alia have confirmed the wedding. The wedding will reportedly take place at Ranbir’s Bandra House, Vastu.

With just two days remaining for the wedding festivities to commence, the family is prepping for the functions in full swing. On Monday night, the Kapoor house Krishna Raj Bungalow located in Chembur was lit up with purple lights. The multi-storeyed bungalow looked glorious after being adorned by lights.

The wedding festivities will reportedly commence on April 13 with the mehendi ceremony. In the first half of April 14, the family is expected to hold a haldi ceremony followed by the wedding rituals later in the day.

There is a massive buzz around the grand celebrity wedding. The two started dating each other when they started shooting for the film Brahmastra nearly five years ago. While the film is yet to release, fans are thrilled to see their favourite couple tie the knot.

As for their first feature film together, Ayan Mukerji’s Brahmastra will be released on September 9. The team recently wrapped the shoot of the film in Varanasi last month.