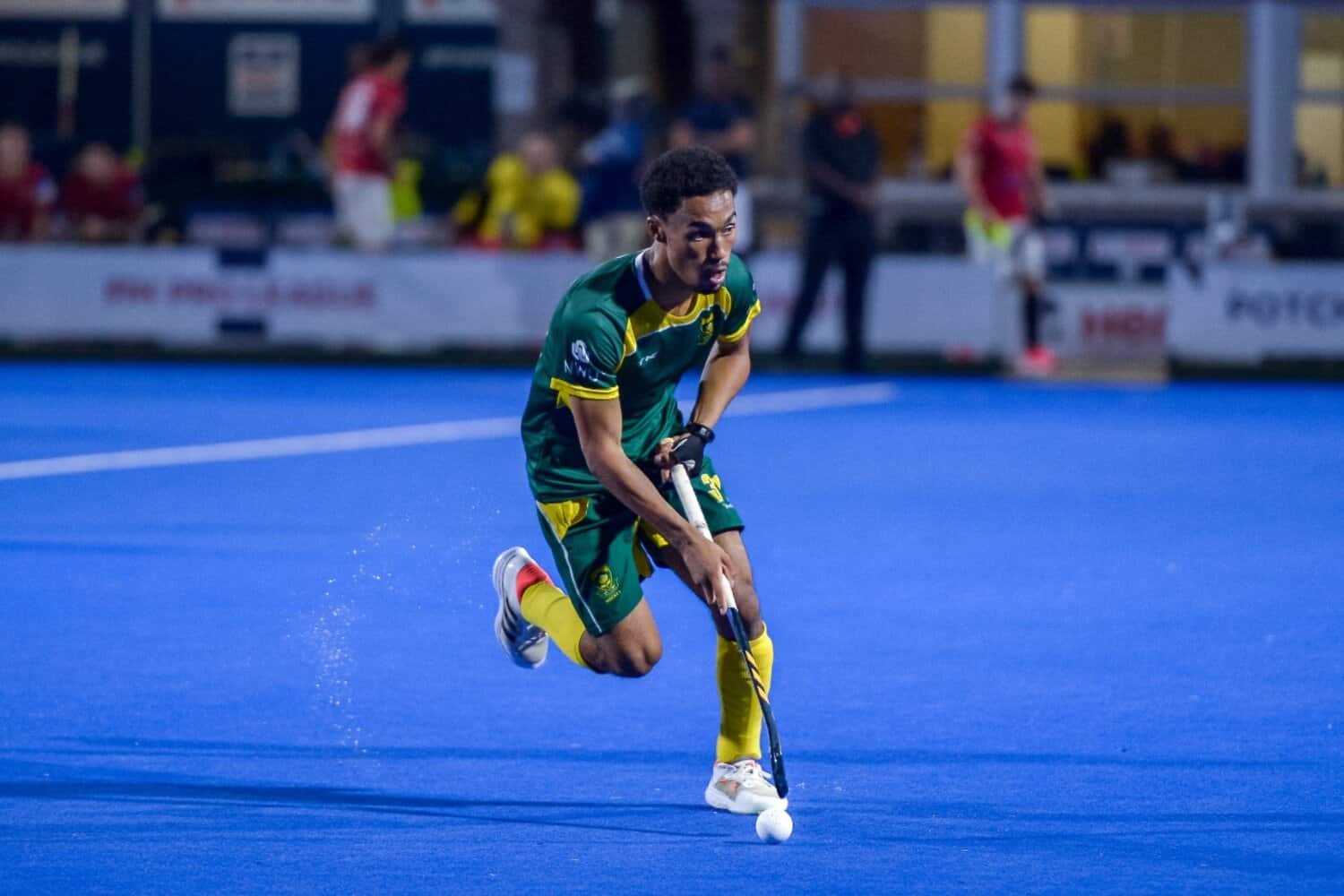 While there would have been some joyous relief for the South African team not to have to play powerhouses Netherlands or India, their FIH Hockey Pro League match against France in Potchefstroom on Tuesday night still ended in defeat as they went down 4-1.

While France are ranked just two places above South Africa in 12th on the world rankings, they are arguably the most improved side in the game in recent years. So the good news for the embattled South Africans is that they matched France in the middle of the field, but it was in the circles where the European side were just way more clinical.

France went 2-0 up in the first 10 minutes through two deflection goals, but South Africa had also looked threatening, no more so when Bili Ntuli’s reverse-sticks shot came off the post after Bradley Sherwood, who was an encouraging addition to the side, robbed a defender of possession.

The hosts then held France scoreless in the second quarter and were creating enough opportunities for them to feel they could yet notch their first Pro League win.

But France were just too clinical in the second half, making full use of the opportunities they had. In the 41st minute, they pounced on one loose pass by South Africa, racing down the right of the field before crossing to the middle, where Gaspard Baumgartner finished the move for his second goal.

France went 4-0 up in the 54th minute through similar ruthlessness on the counter-attack. A quick overhead from a free hit found an attacker on the edge of the circle, he put in the cross, which was missed by an SA defender, allowing Timothee Clement to score.

It was also a feature of the match that France’s defence remained impressively composed and solid, while South Africa’s tended to make costly basic mistakes every now and then.

South Africa did, however, get on the scoreboard with three minutes remaining when the Cassiem brothers, Mustapha and Dayaan, combined superbly for Dayaan to put the chance away. He had hit the crossbar just a minute earlier when Mustapha had also been the provider.