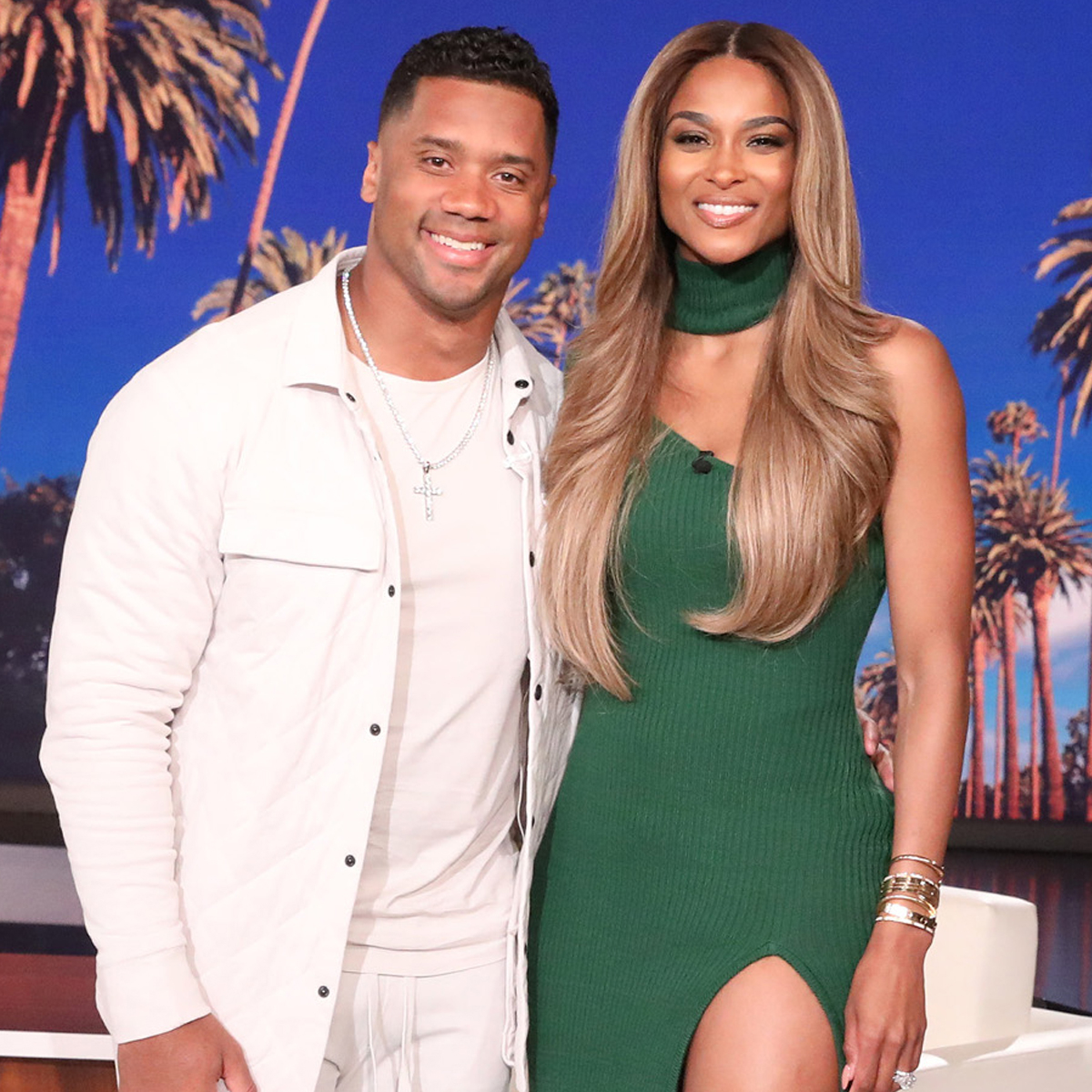 Noting his wife’s pause, Russell excitedly replied, “Is that a yes?”

Her response? “We definitely can,” she said, adding that the couple has “got a little time before we get there.”

However, Ciara didn’t close the door on the idea either, adding that seeing Russell in “daddy mode” was “the cutest thing” ever. “I love seeing you with Sienna,” she explained. “I’m a daddy’s girl, so I will say I think that’s the sexiest thing about you.”

As her husband took his seat opposite her on stage, Ciara took a moment to calm down from the shock of what initially looked like Russell’s proposing to her for a second time, calling her husband “so silly.”

“I was like, ‘What, we’ve already been there before!'” She shared, referencing Russell’s romantic proposal in the Seychelles in 2016, before adding, “but I’m down to do it again with you.”