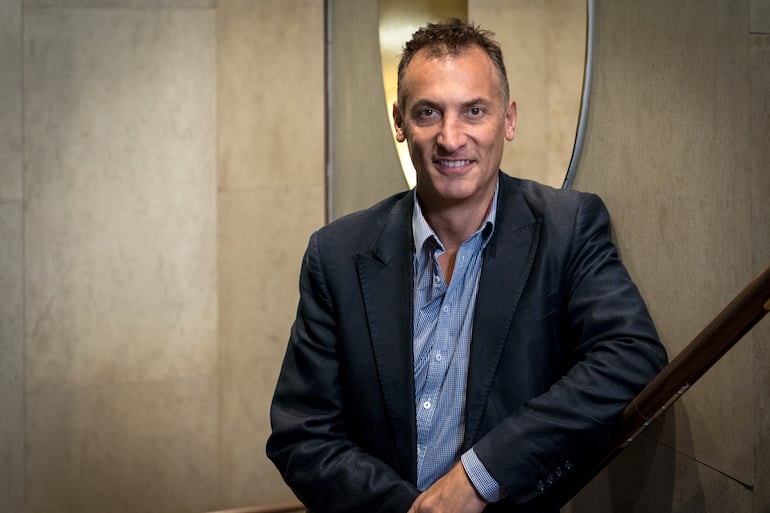 They include The Today Business, Catalano’s own real estate services marketing and tech venture, the houseandlanddevelopments.com.au, which his son Jordan launched in 2018 with Tom Hywood, the son of former Fairfax CEO Greg Hywood, as well as a real estate media business Catalano backed in 2019.

While the value of Seven West Ventures equity investment, in a mix of cash and media spend, was not disclosed, Catalano and Waislitz are also chipping in “substantial capital” as well as media services their own regional newspaper business Australian Community Media (ACM) to give VMG a total investment of more than $100 million.

View Media Group (previously IMP) was created by the joint-venture firm 20 Cashews, half owned by Catalano with Waislitz’s private Thorney Investment Group and the publicly-listed Thorney Opportunities Ltd holding the other 50%

Catalano said new venture brings together a group of businesses and industry experts to create “a true disruptor” in the rapidly evolving proptech sector, with a pipeline of startup investments ahead.

“VMG will form a global-first conglomerate of proptech assets including portals, ad tech, lead generation, lead management solutions, media planning and buying, AI services, data and connections all under the one roof,” he said.

“We have a series of exciting announcements we expect to be able to share with the industry over the coming weeks involving fast-growing tech startups.”

VMG will initially include a 72% stake in search portal realestateview.com.au (REV), with minority investments in market-leading AI and data business Propic and the utilities comparison and connection business Beevo.

Catalano and Waislitz tipped $6 million into Propic in a Series A in June last year. It’s an AI-based chatbot startup for agents and property managers to respond and communicate via automated conversational or text AI.

“VMG is an exciting investment for us. The combination of Seven West Media, Antony’s experience and the team he has assembled is a recipe for success,” he said.

The deal sees Catalano take the fight up to his former employer, Fairfax, now Nine.

Antony “The Cat” Catalano and billionaire Alex Waislitz bought ACM, from Nine for $115 million in 2019 following its merger with the former Fairfax newspaper business. Fairfax paid $3 billion for the titles back in 2007. The duo also have a substantial stake in regional TV broadcaster WIN, a Nine affiliate.

A former journalist, Catalano has been a serial entrepreneur in the real estate space, having built Domain into a digital powerhouse in its early Fairfax days before departing to launch Metro Media Publishing. Coincidentally, Fairfax spent more than $100 million acquiring MMP over several years to 2015, and Catalano returned to run Domain to its $2.3 billion IPO in 2017.

Now he’s focused of the potential in property once again, saying the investment and partnership with Seven West Media is a clear endorsement of VMG’s potential.

“This will help fast track our growth and acquisition plans. Seven West Media is the undisputed leader in television and BVOD across every region of  Australia. Add the dominance of West Australian Newspapers in WA and you have a business that reaches 91% of all Australians every month.

“The team we have put together at VMG represents decades of experience in the property industry. They are the best in their fields and are running very successful businesses in their own right. Our plan is to bring these businesses together to form a property ecosystem where each business will drive value to each other and offer customers an end-to-end experience.

“We are deliberately taking a different VIEW of the market and we want the experience of  buying property to be seamless at all steps along the buying journey. Be that browsing,  searching, transacting, settling or moving in, our tools will help make this journey easier.”