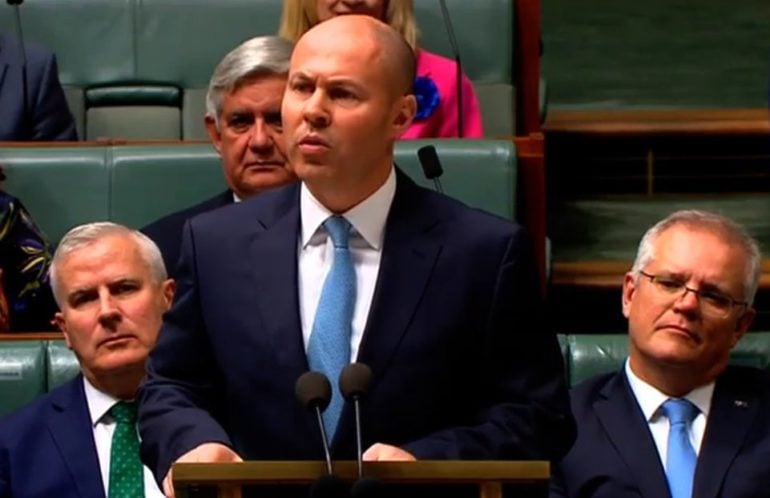 Federal treasurer Josh Frydenberg hands down his fourth and final budget before the federal election on Tuesday evening and the startup sector is hopeful that as it prepares to head to the polls, the Morrison government will address a range of issues facing tech.

So what’s on the wish list? We spoke to a range of startup executives, founders and venture capitalists for their views on the issues that matter.

Here’s what’s on their minds

We see the government’s role to help support the ecosystem to thrive and obviously, the budget is a key opportunity to show their support.

Within that, we’d love to see increases in early-stage R&D funding for cleantech and health tech companies as we have amazing founders creating solutions to the climate crisis (HolonIQ Climate 100 data) and combining research and technology to solve complex healthcare challenges, and both areas have been largely underfunded to date.

We’d also like to see continued funding for female founders and have that extend to other underrepresented groups to increase the diversity in the innovation ecosystem.

More for open finance and to embrace the digital economy

It’s clear that the government is committed to investing in digital strategies to move Australia in line with other leading markets, like the UK, when it comes to data sharing.

The Consumer Data Right is the backbone of Open Banking and Finance and will begin to transform the telco and energy space in the coming years. This is a good thing for everybody, giving consumers more choice and increasing competition.

What we really need to see though is further investment in getting the mechanics right. It’s no secret the rollout has been somewhat fraught with speedbumps.

More funding for the Digital Economy portfolio to improve communications from the government is critical to the success of the CDR. We need more education around what the CDR is, what the benefits are to consumers and what businesses should expect from the process.

In addition, we need better processes around rule changes.

Currently, the onus is on companies to trawl through hundreds of thousands of lines to identify small changes in the specifications.

An investment in clear, concise communication from the government would mean more time could be spent by companies to innovate and build robust, functional solutions. A lot of companies, particularly the smaller data holders, just don’t have the manpower to do it all.

In the lead up to this year’s budget and federal election, we’ve seen positive signs that the government is finally seeing the critical need to invest in Australia’s cyber security defences.

Just the other day Home Affairs launched an $89 million centre that will be specifically tasked with preventing cybercriminals from scamming, stealing, and defrauding Australians.

Any increased investment in tactical and educational tools to fight cybercrime is a good thing for everybody. In saying that, just one of the nuclear subs bought from the US cost us almost $9 billion, dwarfing the $89 million spent on the cyber security centre.

Maybe we could have gone without just one of these subs and instead invested it in what is Australia’s fastest-growing frontline right now – the cyberwar.

Whilst any money invested into cyber security should be applauded, what we really want to see is a focus on arming Australian businesses and consumers with the knowledge and tools to prevent cybercrime themselves.

Perhaps we could take that $89 million to provide free password managers or anti-phishing software to every Australian adult rather than playing whack-a-mole with cybercriminals.

Australia’s R&D tax incentive regime is on the right track. More could be done to accelerate the payments once the forms are submitted. It currently takes up to eight weeks for payment to be processed and given it takes almost four months to collate  the paperwork for this, it’s an almost six month process.

Perhaps the bigger shortfall is that currently R&D incentives feel like they are the sole form of Federal government support for the sector. Grants and other benefits on offer are ad-hoc, difficult to understand and even harder to apply for. Further measures should be put in place to enhance the clarity of these other programs so startups clearly understand what they can and can’t apply for.

How long have we been talking about the rollout of the Consumer Data Right (CDR)? It’s been almost two years since it’s been announced and yet there are very few consumer applications in the market for the policy and technology underpinning it. If this budget is to focus on the cost of living, it would be remiss for it to totally ignore the CDR, given it was previously mentioned by the Federal Government as one of the greatest catalysts to business competition in Australia.

This reform will be transformative for the insurance sector. It’s set to come into effect for us next year, but at this rate that seems unlikely.

We need to get to the bottom of why progress on this has stalled, perhaps via an industry and government agency working group, with the primary goal of seeing CDR services rolled out in 2022 — or at least being able to explain why it’s slowed.

Australia’s pool of tech talent is dire. It is the single greatest challenge for the sector right now. It’s pushing up the market rate of salaries beyond the limit of what a startup can pay,  and will end up stalling the growth and potentially shutting down companies across the country.

The obvious fix to this is to encourage the migration of tech talent from abroad. There are also plenty of talented people that want to work here. But the process of bringing them over is expensive, time-consuming and full of red tape. We’ve been trying to bring someone over from Singapore to work for us, it’s been seven months and we’re only part way through the process.

Australia is currently behind on its net migration projections due to COVID-19, and the pinch of talent shortages are being felt across all industries as a result. There will likely be a national response to this in the budget, we can only hope that it includes the startup and technology sector given it’s the next driver of overall economic growth.

Australia has had several successful startups that have scaled on a global level, but much more needs to be done to nurture the next generation of Australian innovators and entrepreneurs. This begins with a change in mindset.

We must view Australia as a hub for technology creators, as opposed to technology adopters. More government investment into Australia’s start-up ecosystem has the potential to spawn the next round of innovations, just like it did in Silicon Valley. Now’s the time to invest in the Great Silicon Reef.

This type of funding would support the creation of incubation centres where companies can work when they first launch, enabling them to share ideas and thrive in their early stages. The government’s R&D tax incentive should also be reviewed and revised as not all R&D starts from scratch.

There are many companies that build on and evolve existing innovations, but these are not included in the current incentive. Instead of limiting government support to new innovations only, it should expand the scope and allow greater flexibility.”

While the Federal Government has financially supported the creation of a skilled workforce, much more needs to be done to cultivate a STEM workforce.

We saw Australia’s tech industry crippled by the lack of talent during the pandemic as international borders closed and Australian companies survived on a small pool of local employees. Being able to enrich a team with talent from overseas is what makes Australia’s tech sector great. However, relying on international employees to fill a void created by a lack of home-grown talent is not a long-term solution.

We need to start fostering a genuine interest and passion for STEM subjects amongst Australian students in secondary school, as well as encouraging more girls to venture into STEM. This could be in the form of more scholarships and training opportunities for students. There should also be funding available to re-train existing employees, as well as providing support to Australians that might be looking to pivot their career into the technology sector.

Support for employees in rural and regional Australia is often overlooked, yet the pandemic has changed the way employees operate and proved that they can work from anywhere. With better infrastructure in regional Australia, such as investment in high-speed broadband and improved mobile connections, more companies will be able to employ people from across the country regardless of where they call home.

The government needs to offer greater flexibility in the Enterprise Share Scheme (ESS), including making it easier for smaller companies and startups to realistically offer their employees equity and more rights, without limitations, and better tax treatment.

This has the potential to be a game changer when it comes to retention and productivity in a tight job market, especially as startups don’t often have the resources to match competitive salaries offered by big corporates.

And, if the stock ends up being worth something, the government wins by virtue of tax gains.