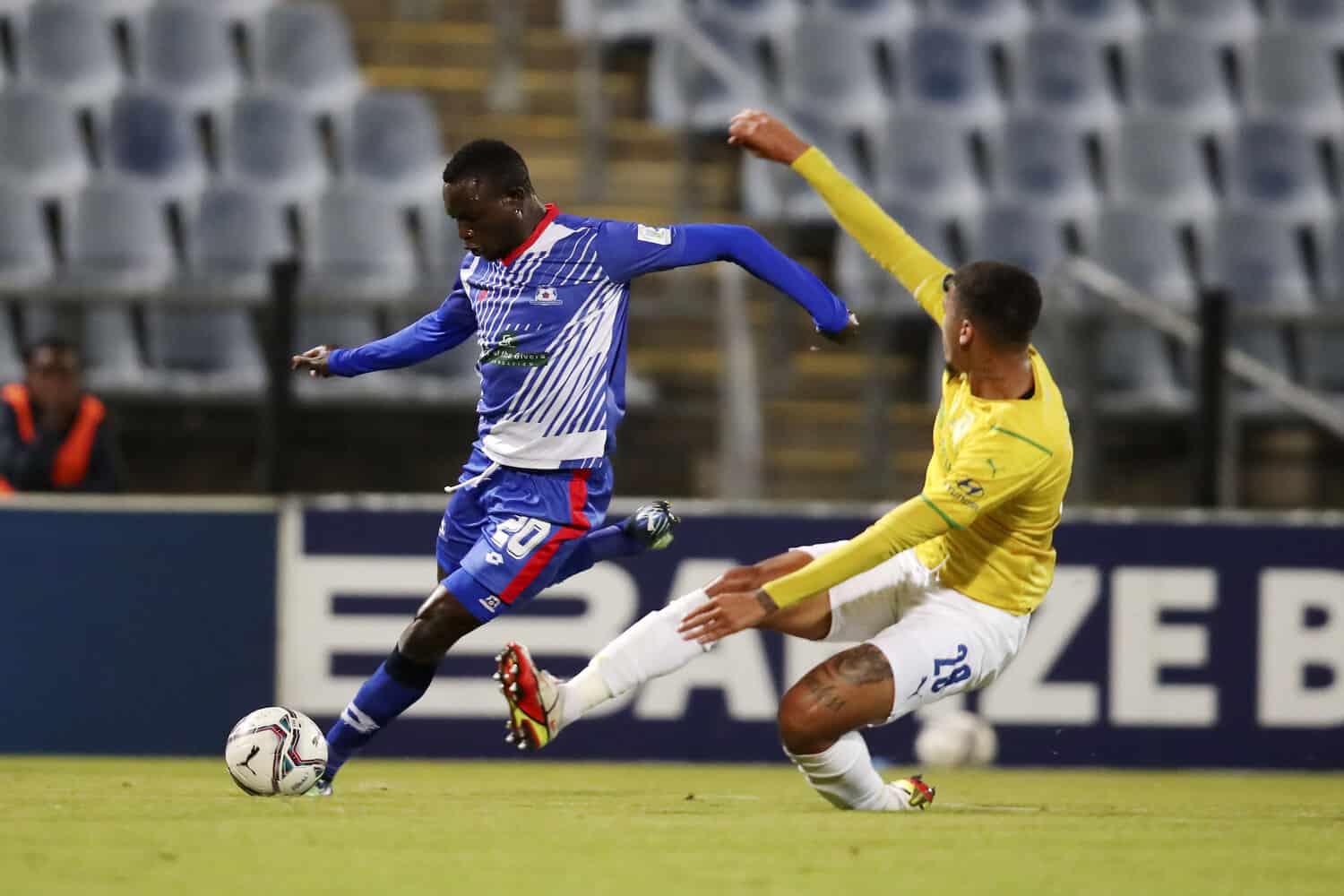 In the build-up to the game, veteran defender Clayton Daniels said no one expected Maritzburg United to beat defending DStv Premiership champions Mamelodi Sundowns, but the Team of Choice pulled a rabbit from a hat and snatched all three points as they beat Downs 2-1 at the Harry Gwala Stadium on Saturday.

READ ALSO: Supersport return to winning ways with a victory over AmaZulu

Amadou Soukouna was the hero for United as he netted the winning goal from the penalty spot in stoppage time.

Before Maritzburg’s celebrations, all you needed to do is look at his face, and all the evidence that United goalkeeper Marcel Engelhardt could not believe how Peter Shalulile managed to sneak in a sublime header past him to opening the scoring on in the DStv Premiership tie against Mamelodi Sundowns.

Shalulile received a delightful cross from Haashim Domingo down the right flank, and out of nothing, Shalulile improvised to net his 15th goal of the season in the league, and his 22nd across all competition this season.

That lead lasted just four minutes because in the opposite end, veteran left-back Keagan Ritchie launched a pin-point ball into the danger area from the corner kick and he found defender Alfred Ndengane on the rise.

The former Orlando Pirates connected well with the ball and headed it past Kennedy Mweene. However, he could not celebrate his goal as he immediately went to the ground in pain after landing awkwardly. He could not continue with the match as he was withdrawn at half-time following visible discomfort.

Downs then had an opportunity to restore their lead, but it was not to be. In the  84th minute, the man in the middle handed Masandawana a penalty after defender Nazier Allie handled the ball in the box. It was substitute Themba Zwane who took the responsibility but the Team of Choice’s goalie, Engelhardt, made sure that he kept his team in the game as he palmed Zwane’s spot-kick away.

Ernst Middendorp moved away from the relegation quagmire as they distanced themselves from the bottom, having collected 21 points so far this season.