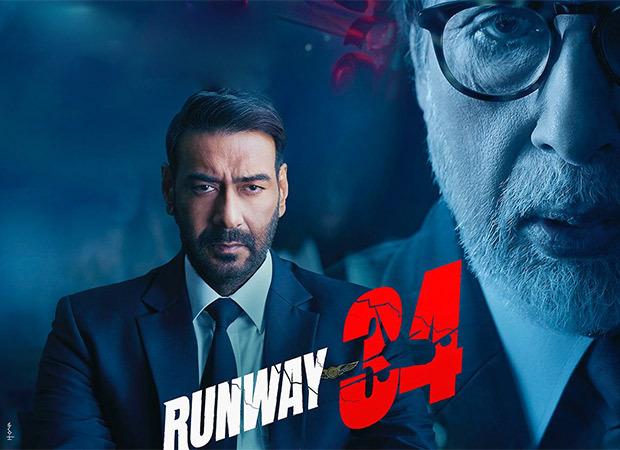 Amitabh Bachchan and Ajay Devgn have shared screens for films like Khakhee, Aag, and Major Sahab. The two are all set to reunite on-screen with the much-anticipated film Runway 34. This is the first time that Ajay Devgn has directed the legendary Amitabh Bachchan. The film also stars Rakul Preet Singh and Boman Irani. While Ajay Devgn plays a pilot, Amitabh Bachchan plays a lawyer in the film. On Saturday, the makers dropped a new poster from the film adding to the excitement around the film.

In the new poster, we see a serious-looking Ajay Devgn sitting at a table in a pilot’s uniform. In the background, we see a determined Amitabh Bachchan bearing a similar expression. “Inspired by true incidents, Ajay Devgn takes us on a turbulent journey with the lives of 150 passengers and crew hanging on a thread. A bombastic face-off ensues between the authorities & him. Will he be declared a saviour or a culprit?” wrote Ajay Devgn sharing the poster.

Inspired by true incidents, Runway 34 revolves around Captain Vikrant Khanna played by Ajay Devgn, a flying prodigy, whose flight takes a mysterious course after take-off from an international destination. With the thrill of the unknown in the sky, this film showcases Ajay locking horns with the legend of Indian cinema, Amitabh Bachchan; whom he has directed for the first time. The film also features Rakul Preet Singh, as a co-pilot, in a never-seen-before role.