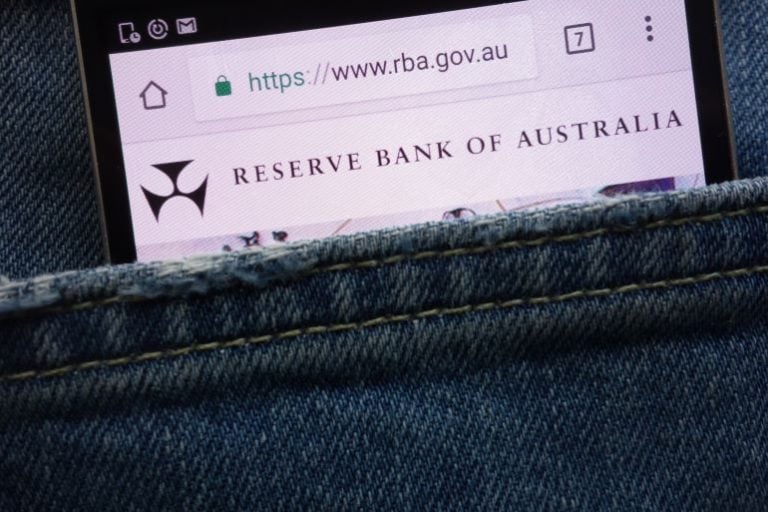 Central banks around the world are now exploring the evolution of fiat currency through CBDCs in response to the rise of cryptocurrencies and a growing reliance on digital forms of payment.

Dr Dimitrios Salampasis is Lecturer of FinTech Innovation and Entrepreneurship at the Swinburne University of Technology’s business school who has published academic writing on the effects of blockchain, and technology more generally, on the financial industry. He believes the concept of a CBDC could be damaging if it isn’t implemented carefully.

“But there is another side where, if we have a totally centralised CBDC, it could lead to greater control, data exploitation, and money manipulation.”

In December, the RBA finished a proof-of-concept exploration into issuing a wholesale Australian CBDC through the Ethereum blockchain.

It found the tokenised CBDC could “provide efficiency gains and reduce operation risk by replacing highly manual and paper-based processes” but has given no timeline on the introduction of an Australian CBDC, if it even decides to go ahead.

There are generally two broad kinds of CBDCs currently being explored globally: wholesale (which is issued from central banks to financial institutions) and retail (which goes straight to consumers).

A retail option is what Dr Salampasis is mostly concerned about as it would effectively bypass the traditional banks that currently act as intermediaries between the RBA and everyday Australians.

“There are serious issues around account management and whether the Reserve Bank would have the capacity to handle all these transactions if it adopted a retail model,” he said.

“And there is the fact you would have retail banks not needed anymore since all accounts would sit within central banks.

“I personally believe a CBDC could potentially lead to deep, fundamental structural changes within monetary policy.

He’s not alone in his concerns, either.

Recently the chair of the Australian Prudential Regulation Authority (APRA) Wayne Byrnes expressed his concerns about the project, telling the AFR that a retail CBDC could have “very, very big implications for the structure of the rest of the financial system”.

“For example, if individuals were able to have their own accounts with the central bank, you could find an situation in which large parts of the financial system just get bypassed and that could have some very, very be big structural implications,” Byrnes said.

How then should the RBA go about its exploration of the CBDC concept?

Dr Salampasis said there were some very important questions to be asked and thinks we should be constructing a dialogue to make sure Australians get what they want and need out of a new form of fiat currency.

“Do we want to create a CDBC to clash with digital assets like cryptocurrency, or should it be interoperable?” he asked.

“Is it about protecting the fiat currency by making sure it remains the main vehicle for medium exchange and store of value?

“Or is it about staying competitive in global foreign exchange markets and with international business?

“Perhaps we just want central banks to have more of a job in a decentralised world. I believe we really need to have a constructive dialogue among all stakeholders from both a feasibility and desirability standpoint.

“There are a lot of questions here that mesh with economics, finance, technology – it’s not so simple.”

Internationally, the CBDC question is beginning to take shape with Chair of the US Federal Reserve Jerome Powell recently saying there was nothing stopping a US CBDC from co-existing with cryptocurrencies and stablecoins.

But the US’s economic rivals in China have taken the opposite stance.

China’s CBDC will be in use at the Winter Olympic Games when it kicks off next month as part of a wide-scale test and showcase for the world, putting the Chinese project far ahead of other countries’ efforts.

Yet it banned the trade and mining of cryptocurrencies last year, saying the alternative economy was “disrupting economic and financial order” through “illegal fund-raising, fraud, pyramid schemes and other illegal and criminal activities” which “seriously [endangered] the safety of people’s property”.