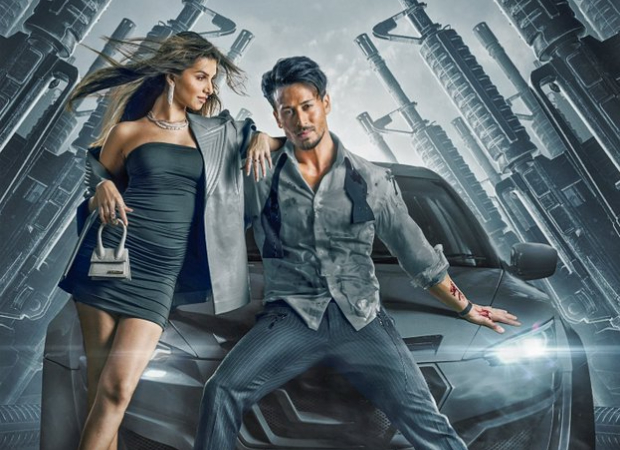 Bollywood actors Tiger Shroff and Tara Sutaria have unveiled the new poster of their upcoming film Heropanti 2. Slated to release on Eid 2022, the poster features the two stars. It boasts double the action and entertainment.

On Saturday, Tiger Shroff shared the poster and wrote, “Promise you guys Double the action! Double the entertainment! Coming to you this eid #SajidNadiadwala’s #Heropanti2 coming to theatres near you this Eid.”

Tiger Shroff who made his acting debut with Heropanti in 2014 will be reuniting with Sajid Nadiadwala for the sequel to the movie. Interestingly, this marks Tiger and Tara Sutaria’s second movie after Student of the Year 2.

Written by Rajat Arora and music by A R Rahman, Heropanti 2 will be directed by Ahmed Khan, who also directed Tiger’s last release Baaghi 3. The film is slated for April 29 release clashing with Ajay Devgn’s Runway 34.