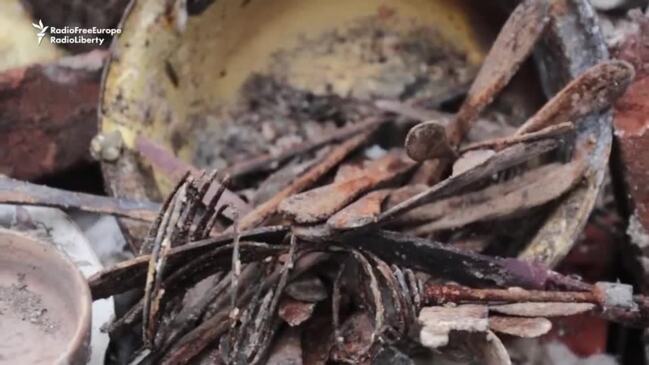 Cleanup efforts began on the streets of Chernihiv, northern Ukraine, following the withdrawal of Russian forces from the region, footage captured on April 6 showed. Footage taken by Radio Free Europe/Radio Liberty (RFE/RL) shows scenes in Chernihiv, near the borders of Belarus and Russia, in the aftermath of Russian attacks. According to the translation provided by RFE, locals said civilian infrastructure, including houses and churches, was destroyed by aerial attacks that began in early March. “Warplanes dropped four bombs in my courtyard,” one woman said, according to a translation provided by RFE. Credit: RFE/RL via Storyful