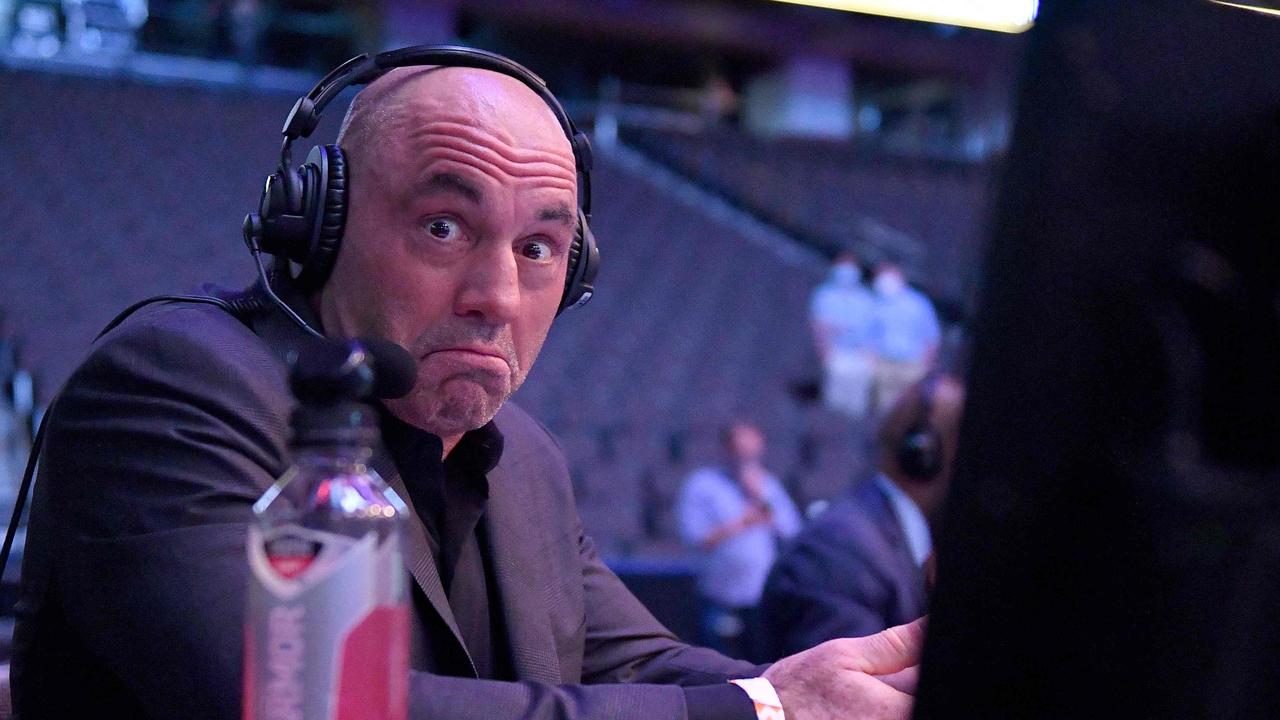 The Houston crowd has made a statement about Joe Rogan’s mysterious absence from he UFC 271 commentary booth ahead of the Israel Adesanya-Rob Whittaker rematch. FOLLOW LIVE.

Aucklander Carlos Ulberg has put the famed City Kickboxing Gym into the win column at UFC 271 – and in a fight interspersed with a ‘Free Joe Rogan’ chant.

All three judges scored the bout 30-27 for Ulberg.

While the Kiwi light heavyweight was dropped at the end of the first, Cherant rarely got out of second gear otherwise in a fight that continually saw Ulberg walk him down.

Ulberg also looked far more relaxed in his second Octagon showing, even if the bout occasionally drew boos from a crowd that has been largely spoiled by a strong undercard.

At one point, the Houston mob even broke into a ‘Free Joe Rogan’ chant, showing support for the hugely popular comedian and podcaster who is not at this event in his usual role as a UFC commentator.

Penrith wrestling coach Jacob Malkoun has continued his undefeated run since immersing in the Panthers system, squeezing his way to a gutsy, comeback win over hyped US prospect AJ Dobson at UFC 271.

A key member of the Panthers 2021 NRL premiership staff, Malkoun dropped the first round against UFC debutant Dobson, a touted power puncher who entry to the big show via Dana White’s Contender Series.

However, Malkoun then fought back strongly over the next two rounds, with the training partner for Australia’s Robert Whittaker taking Dobson down in both rounds and then keeping him there.

The Aussie also landed some strong strikes to his grounded opponent, with all three judges scoring the bout 29-28.

After losing his UFC debut by KO, and in just 18 seconds, the Sydneysider then returned home and began working with the Panthers.

The fighter has now won two fights since, telling us this week here in Houston Texas about drawing inspiration from the Panthers revival after their own grand final heartache.

“I work hard for this s…,” Malkoun shouted immediately after the fight was done.

Later, during an interview with commentator Daniel Cormeir, he added: “After that first loss, I’ve worked my arse off every day.

“I want to keep pushing hard.

All times AEDT – this story will auto update every 60 seconds.

He was billed as being among the smokeys to steal the show at UFC 271.

But New Zealand’s highly-touted UFC prospect Blood Diamond has suffered a shock loss after being choked unconscious in the first round by Jeremiah Wells.

Diamond, whose real name is Mike Mathetha, was widely hyped for this fight by his training partner and headliner, UFC middleweight king Israel Adesanya.

However, Wells controlled the fight from the opening bell being eventually winning via rear naked choke.

“I seen his eyes go back,” the welterweight said afterwards of the finishing move. “The choke was in.”

The loss was an early blow to the City Kickboxing team, who have three fighters on the card.

10AM: RECORD-BREAKING WHITTAKER ON REVENGE MISSION

Robert Whittaker looks set to create a TAB record as one of the best backed Australian fighters ever as support pours in for the Sydneysider to create an upset at UFC 271.

While he will start a $3 outsider against UFC middleweight king Israel Adesanya, TAB officials say Whittaker boasts 80 per cent of a hold of what is shaping as their biggest UFC take.

Despite losing Australia’s first UFC title by devastating kayo in 2019, punters are backing Bobby Knuckles to turn the tables in his hyped rematch, with a quarter of bets predicting him to win via KO in the fourth.

Adesanya, however, remains the $1.38 favourite.

Those backing Adesanya are also tipping him to finish, with his biggest hold suggesting a KO win in the third.

Of his 21 career wins, Adesanya has secured 15 via KO – including names like Paulo Costa, Derek Brunson and, of course, Whittaker.

Tai Tuivasa says he is now a completely different fighter to the guy who lost via TKO to Junior dos Santos in 2018, saying: “I thought I was the man back then”.

On a run of four straight UFC finishes, Tuivasa takes on the biggest challenge of his career at UFC 271 — facing American cult favourite Derrick Lewis in his Houston backyard.

Since the dos Santos result, his first UFC defeat, Tuivasa then dropped two more fights before re-emerging on his current run of highlight reel finishes.

Asked what he learned from the JDS bout, the Mt Druitt heavyweight said: “I wasn’t prepared for that fight.

“Thought I was the man back then.

“But what happened, it’s made me a much better fighter

“Obviously with my nature, I want to get in there, win, get it done.

“Before, I used to rush things. Go look for the finish.

“But I know more about the sport now.

“And I know I have (the power) … it’s just about waiting for the right time.”

Early preliminary card, from 10am