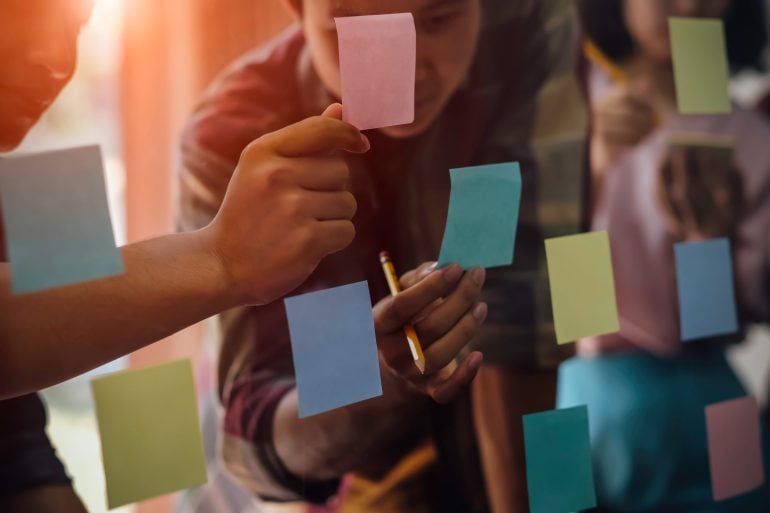 Last week I was at an international board meeting. While we’ve met countless times using Zoom over the last two years, it was our first in-person meeting since the beginning of 2020.

Expectations were high as we welcomed new board members and reconnected with existing board members. There were lots to catch up on, both professionally and personally, and it reminded me, that despite the complications of international travel today, there is so much value in meeting together.

During our first formal session, it quickly emerged every board member had issues to discuss. Some topics were new. How do we do better at this? Should we create a new product for that? Can we more meaningfully measure our success? Other topics were perennial. What can be done to improve the budgeting process? How can we get more resources? When will we improve our performance in underperforming regions?

As the issues mounted and the clock ticked down, I was concerned we would run out of time to properly deal with them. Meanwhile facilitator continued to draw more issues out of board members, lengthening the list.

I pulled the facilitator aside and asked if he was concerned about the list.

He smiled at me and said not to worry as we would use the “IDS” system to work the list.

He explained that that the first step is to identify the issues, the second step is to discuss them, and the third step is to solve them.

We’d use this method to work through the list and allay members’ concerns.

Here’s what we did over the next two hours.

We reviewed all the issues that were written on the flipchart. Our facilitator spoke through each issue to ensure it was appropriately captured. He ensured that similar issues were grouped into one issue.

As we went through each issue, the facilitator took care to ensure we were identifying real issues. On many occasions, the stated problem or initial issue is symptomatic of the real issue. Finding the root cause of the issue allowed us to find the real issue.

It’s more about the unreliability of systems that capture success measures. By peeling the onion, the underlying issues are identified.

The longer the list of issues, the more skill is required in identifying the core issues quickly. During this stage our facilitator gave us three tips: avoid tangents and stick to the issue at hand; we only need to be 80% right and not 100%; and fight for the greater good of the organisation.

After we identified all the issues, we ranked them in order of importance. Sometimes the group leader will assign a priority to each issue. At other times, it can be helpful to give each group member three votes which they can assign to their top three issues.

Once all group members have allocated their votes, the most important issues as judged by the group will emerge. Either way, remember that business isn’t a democracy.

Ranking of the issues is critical. If you proceed to the next step without ranking the issues, you may spend time discussing the least important issue while the elephant in the room remains. What’s more, the higher priority issues tend to be related to the lower priority ones.

By discussing and solving the important issues, a bunch of the less important ones will get resolved.

While most time was spent on identifying and prioritising the issues, it made the second and third steps a breeze.

After the top issues were prioritised, we discussed the number one issue.

One group member led this section by introducing a summary of the issue before inviting other members to make comments or ask clarifying questions.

Clearly identified issues will make the process easier allowing everyone to stay focused and avoid side conversations.

During this phase, everyone has an opportunity to contribute to the discussion, including providing solutions to the issue but even if they’ve provided a great solution, they should only make their point once. Some conversations may feel uncomfortable and have healthy conflict but that’s okay.

The key is to identify the best possible solutions to the issue.

The final step of the process is a solution that becomes an action item for an individual or team. It’s ideal for the first step of the action item to take place within the next week so that the initial results begin taking shape soon.

Accountability for these actions is key with a review of all committed actions at the group’s next regular meeting.

We went through the discuss and solve steps for our top issues and agreed that a smaller committee would review the other issues.

By using the IDS method, we were able to identify, discuss and solve a chunk of issues that had been brewing for a long time. I look forward to hearing of progress of the action list at our next board meeting.