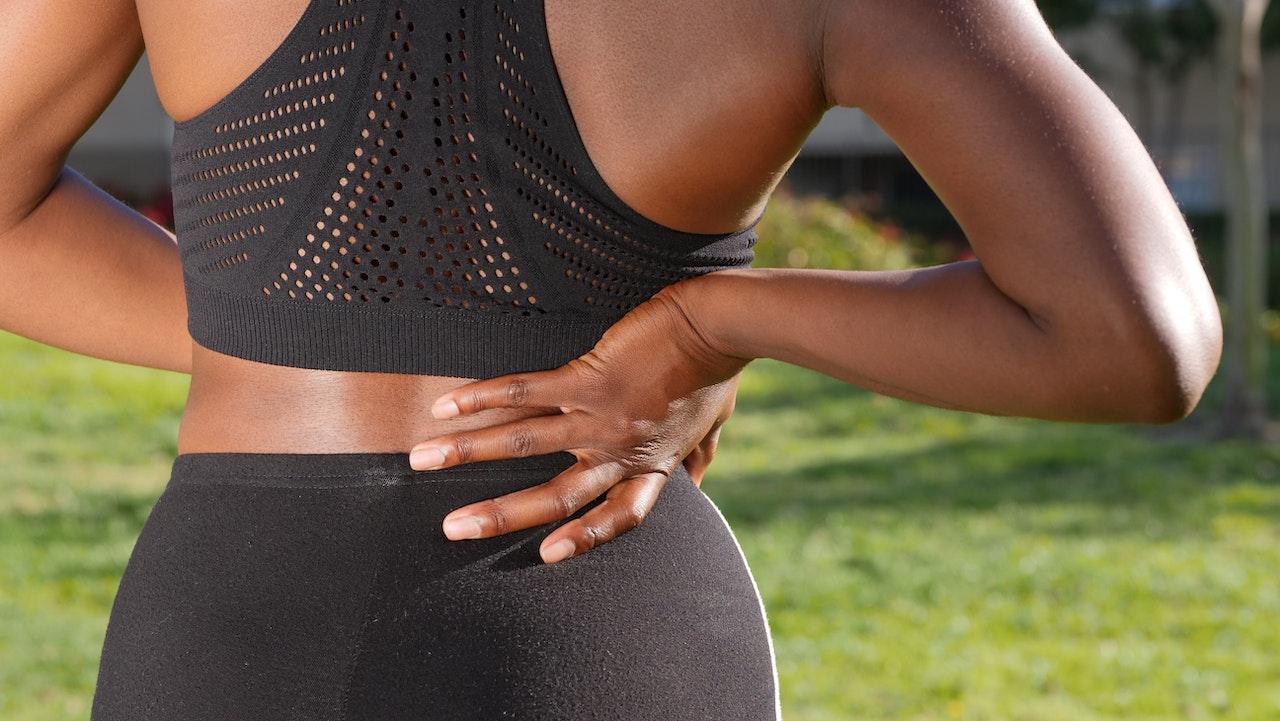 Despite pedalling regular weekly miles and maintaining a strong exercise regime, many cyclists suffer from lower back pain. And one thing that can exacerbate this pain: sitting for hours a day. While the prescription for avoiding back pain—both on and off the bike—is to move more, more often, there are a few other tactics for taming this common ache.

To help you avoid pain, we tapped Pham to share his expertise and why (and how) cyclists, specifically, can keep aches at bay.

How Sitting Affects Joint Health and Back Pain

More than 25% of Americans report siting for more than eight hours a day, according to research published in The Journal of the American Medical Association in 2018. Even higher, the Get America Standing campaign reports that Americans sit nearly 10 hours per day.

While it’s difficult to study subjective sitting behaviours and positions across various bodies and workspace ergonomics, some research and experts report a link between sitting for long hours each day and lower back pain.

“Anything that you do that is repetitive feeds a pattern in your body, whether you’re sitting for eight hours at an office or standing at an office or hunched over your bike for one to two hours a day,” says Pham.

To point, The Spine Journal published a report in 2018 that called out an association between sitting more than seven hours per day and low back pain, particularly in people 50 years of age and older. That research also said the longer you sit, and the less active you are, the higher your risk for low back pain. What’s more: When the 2020 at-home orders were issued nationwide following the spread of COVID-19, the American Chiropractic Association (ACA) found that 92 percent of the new at-home workers experienced an increase of back and neck pain or knew someone experiencing this pain, according to an ACA poll.

Other research published in the Applied Ergonomics journal in 2019 also linked lower back pain and sitting, suggesting that uninterrupted, extended periods of any sitting position—even with good posture—is the negative culprit, leading to fatigue, pain, and discomfort.

According to the study, sitting without variation and without micro-movements leads to poor spinal health and lower back pain, because static postures increase spinal load and shrinkage, as well as muscle fatigue. That lack of dynamic movement and posture variation can break down the intervertebral discs, which is the principal joint between two vertebrae in the spinal column—five are in the lumbar region of the lower back.

Each of the spine’s 23 discs have an exterior wall called the annulus fibrosus and an interior gel-like centre—like “the jelly” of a doughnut, says Pham—called the nucleus pulposus. The discs absorb shocks to the body, protect the spine, and allow mobility.

Oxygen is required to synthesize proteins and maintain the cell function in intervertebral discs, but sitting stoically hinders blood flow—which carries oxygen—and contributes to that “nutrition” deficit, according to a study published in the Journal of Chiropractic Medicine in 2018.

Muscular imbalances, inefficient joints, and changes to the spine’s natural S curves can eventually lead to pinched nerves, too, according to Sit Up Straight.

“How do you give a variety of movement to the spine? Whether someone is sitting or standing, maintaining that same position for hours contributes to chronic pain, because you’re overusing the same segment,” said Pham.

While continuously sitting in a slouched position (or while consistently standing with poor posture), the pelvis typically maintains a posterior tilt, meaning the pelvis tucks under, rounding the lower back. A constant posterior tilt position “closes off an anterior tilt of the pelvis, which provides extension of the spine,” says Pham.

Posterior pelvic rotation—and sitting for that matter—isn’t inherently bad for spine health. But if it’s sustained, the spine never flexes in other directions, which can add up to aches. If someone always slouches 10 hours a day—whether that’s in a desk chair or on a road bike—the position ultimately stumps the spine’s ability to absorb compressive forces, according to the book, Clinical Orthopaedic Rehabilitation.

So while there might not be a consensus on workspace ergonomics, research points that the key for spine health is to maintain a daily mixture of different types of movement.

Why Cyclists Should Pay Attention to How Much They Sit

If you’re always sitting down, then your lower back is always locked in a lumbar flexed position, says Pham, that includes sitting at your desk and on your bike.

“If you’re only locked in that position and using one configuration, your spine doesn’t get to breath in the other direction,” says Pham. He notes that the lumbar spine is also usually flexed while doing other daily activities like driving, doing the dishes, and picking things off the ground.

As a result, if the spine experiences a sudden extension, which is bending the spine backwards—like if you’re correcting your body when you slip on ice or quickly reach backwards to stop your resting bike from toppling over—your spine won’t be prepared to handle the motion.

“In your brain, you still have a pattern to know how to do the movement but your muscles atrophy, get weaker, and they lose it,” says Pham, which leads to a back ‘blowing out.’

Furthermore, when cyclists hold a prolonged lumber flexed position in the saddle, the posture contributes to weak, imbalanced core muscles, which decreases stabilisation for the lower spine, explains Pham in reference to a study published by Sports Health in 2017.

Often when people with poor body mechanics attempt to sit up straight, “they often have a misconception that sitting up straight hurts their back. But so does bench pressing 100kg if you’re not ready,” says Pham. “Sitting up straight is hard. You have to build that [behaviour] to where it’s easy for you.”

To make that happen, Pham offers tips and exercises that cyclists can use to help maintain their spine, joint, and lower back health.

Warm Up and Cool Down

First of all, be sure to do a warm up and cool down before and after bike rides to help “your spine breath,” or move in different directions, says Pham. He suggests a sphinx position lying on the ground or a McKenzie Extension (detailed below).

After a day at the desk or postride, stretch out your spine by massaging your abdominal muscles. Slowly, gently foam roll your stomach tissue and muscle, the area from the hips to the rib cage. “Your stomach gets tight and compressed from leaning forward during long periods of sitting or endless sets of crunches—it’s an oversight to not stretch the stomach area, which people rarely do,” says Pham. Foam rolling can open the stomach muscles and help mobilise the spine.

During the workday, give yourself breaks. Get up and move every 30 minutes for three to five minutes and do daily movement exercises that improve your mobility and extend your ranges of motion, outlines Pham’s Sit Up Straight.

Here are several exercises to help cyclists’ mobility, sit with better posture throughout the day, and experience pain-free rides, according to Pham. Aim to do these exercises once a day, following the recommended times listed below.

Why it works: To develop overall spine awareness and upkeep do this exercise targeting the body’s main ‘gears,’ which are the pelvis, head, and rib cage.

How to do it: Stand straight with arms at sides. Lifts arms up in front of you and parallel, at shoulder height with thumbs down. Round the spine and pelvis (in a posterior tilt) and jut the head forward. Then reverse the position with an anterior tilt of the pelvis, arched back, shoulders pulled back, chest proud, and thumbs up. Continue alternating between the two positions for 60 seconds.

Why it works: To help your body experience lumbar extension (bending torso backward at the hips), which opposes the bending forward that stresses spinal discs, do the 30-second Mckenzie Extension exercise, which also helps stretch the stomach fascia.

Why it works: To enhance your body’s hip extension, do this 60-second exercise.

How to do it: Stand with left leg in front and right leg behind to stretch, with the right heel lifted off the ground, feet about hip-distance apart. Raise right arm straight up, raise the left arm at shoulder-level to the side. Slightly bend the left knee, and raise right heel more as you rotate the torso toward the left side (staying upright) to increase the stretch in the right hip flexor. Engage the core and right glute. Hold. Then repeat on the other side.