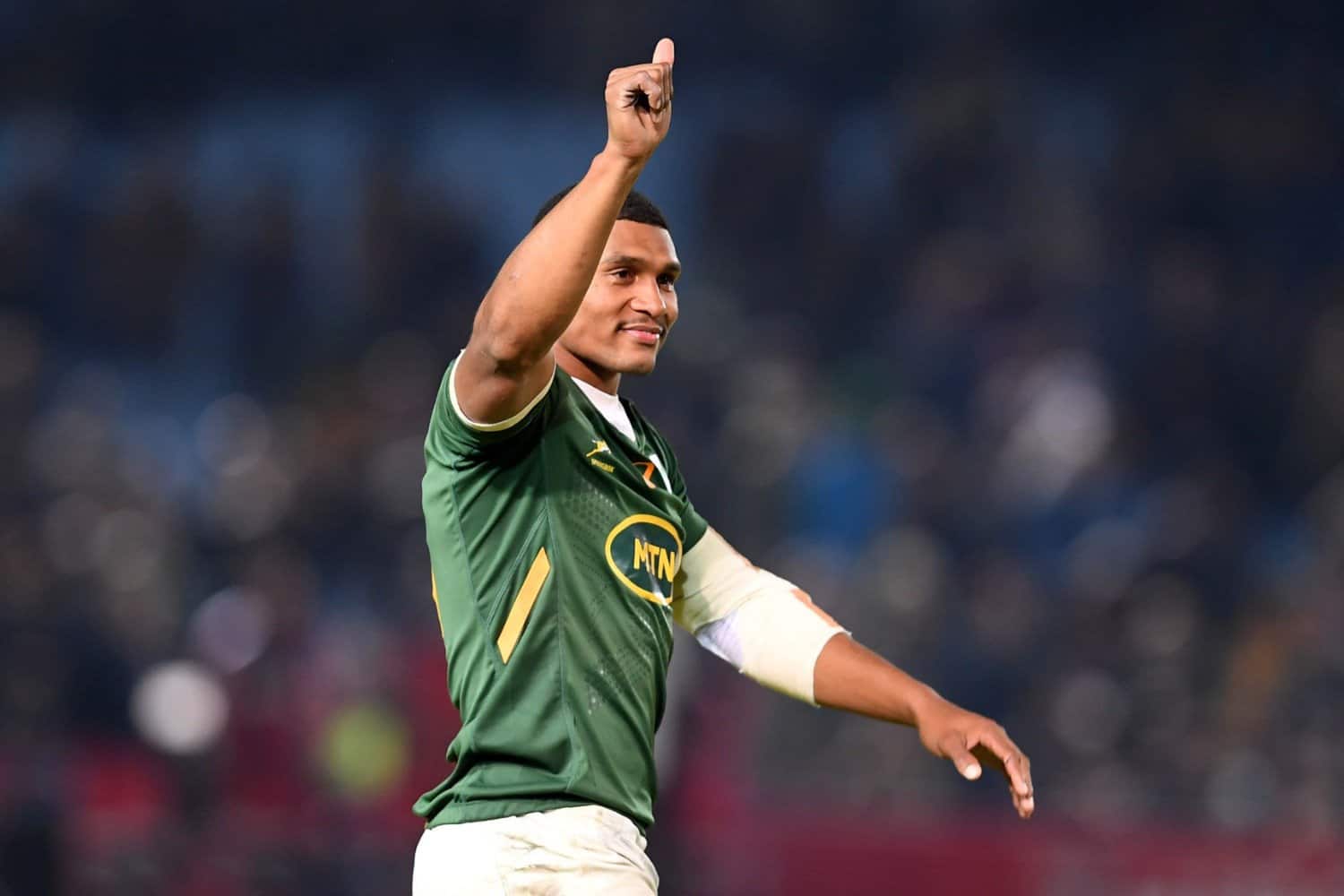 Springbok utility back Damian Willemse is certainly living up to the hype of the national team selectors and coaches after a sparkling performance in the first Test against Wales at Loftus over the weekend saw him clinch the game for his side.

Willemse started the match at fullback, putting in an assured performance in the first half with some good runs and decent kicks, and he was good under the high ball.

He then shifted to flyhalf for the second 40 and upped his game, getting in some good link-up play, while taking the ball to the line well. He also nailed some vital shots at goal, including the game winning penalty in the 83rd minute.

“I thought Damian did well. Like I said during the week, he’s a project that we have been working on since 2018. We have slowly been giving him more game time, more experience and more confidence within our system,” said Bok coach Jacques Nienaber.

“I said in the week that he’s probably our next Frans Steyn. We think he can be, covering at 10, 12 and 15. Today he had to cover 10 and 15 for us and I thought he did it excellently,” Nienaber added.

“I don’t know what his kicking stats (at the Stormers) are but he kicked well. I am happy.”

The player Willemse took over from in the second half, Elton Jantjies, had a bit of a shocker with a dismal first-half performance, missing two shots at goal, overcooking a penalty to the corner and putting up a number of pointless up-and-unders.

Nienaber, however, was at pains to explain that Jantjies had not received much game time, claiming this type of performance wasn’t entirely unexpected and he would get better as the series went on.

ALSO READ: Kolisi praises Boks for fighting back in ‘massive’ battle against Wales

“Elton (before the Wales match) had probably played less than 30 minutes this year. He did his shoulder, then went through rehab, and his Japenese club then didn’t get into the finals, so there weren’t any games to expose him to,” said Nienaber.

“The only exposure he had the whole year was training, so we needed to get him some game time, and it will always take some time for a guy who’s been out for so long. Lucky for us he got 40 minutes under the belt today, so it was good for us to expose him to some Test rugby.

“The plan is you take a guy off when you feel he’s given everything. We have subbed guys at 32 and 38 minutes before. Once they have done their job and done what we wanted to see then we sub them and put somebody else on,” Nienaber added.

“So you must take into account that he has had very little game time and was playing against Wales, who are a good side. So I think it was good that he got through 40 minutes and he will be better next week.”